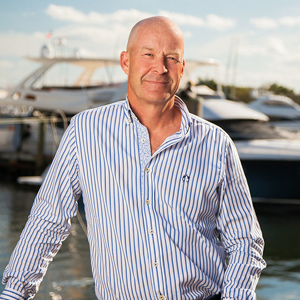 Stefan Johansson is the founder and CEO of Windward Marina Group. Over the past 30 years, Mr. Johansson has gained extensive experience in the maritime industry. Mr. Johansson was a Founding Principal of Prime Marina Group with 5 marinas spanning from Miami to Cape Cod. Prior to founding Prime Marina group, Mr. Johansson Built more than 1,000 slips in Northern Europe, along with Marina Cottage rentals and best-in-class marina facilities in 3 separate locations. In 1982 Mr. Johansson founded Sunhouse Construction and grew it into one of the most dynamic commercial contractors in South Florida, generating in excess of $500 million of revenue. Using Sunhouse as a platform for growth, he acquired, developed, managed and owned over 20 million SF of commercial real estate, specifically in the Retail, Hospitality and Multifamily sectors.

After acquiring the St. Augustine Marine center in 2018, the Marine Center has quickly become one of the most respected and trusted service and refit facilities in NE Florida.

St Augustine marine center also paved the way for two additional acquisitions in Florida by acquiring the St Augustine Shipyard across the river, and Beach Marine in Jacksonville Beach.

Mr. Johansson grew up sailing on the west coast of Sweden, then moved to the US in 1979 to further his education. Mr. Johansson holds a bachelor’s degree in Business and a master’s degree in Finance from the University of Miami.

As a 5th generation boat builder, ship’s captain and marina operator, stemming from Captain Johansson in 1882 Stefan’s great, great Grandfather, one could agree that yachting, marinas and boat-building is part of his DNA. He is very proud to continue the family’s legacy and passion for the maritime Industry.