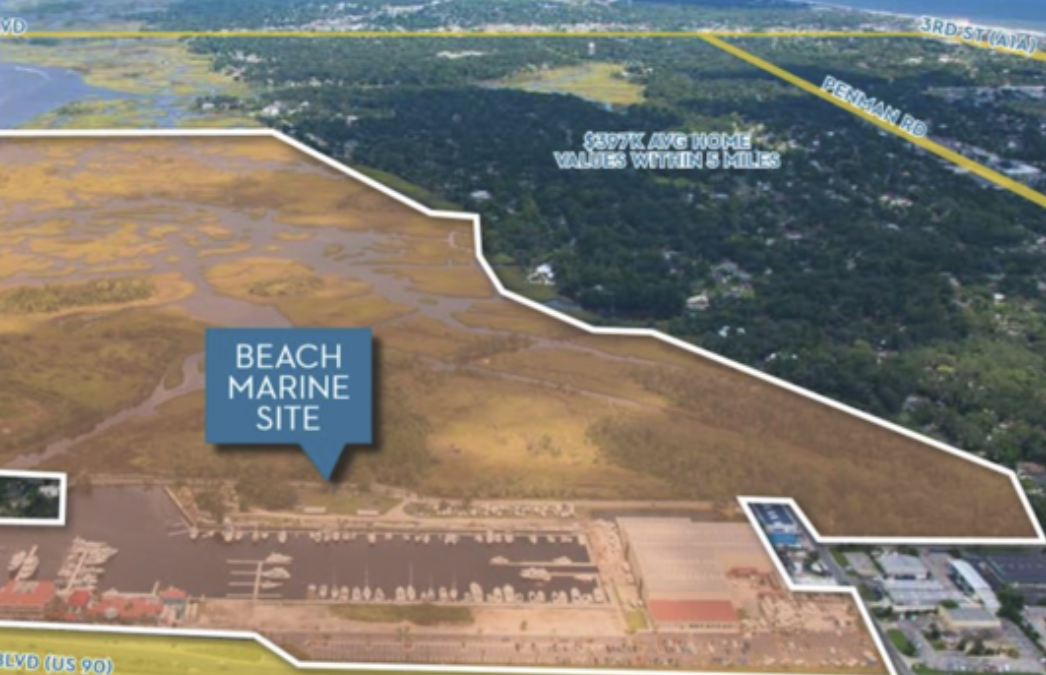 Beach Marine, a 167-acre mixed-use development along the Intracoastal Waterway in Jacksonville Beach, has been purchased by St. Augustine-based Windward Marina Group.

The company plans to make upgrades to existing facilities, which include restaurant, retail and office space.

The sale was brokered by Newmark Knight Frank’s Tyler Nilsson and Erik Bjornson.

“This is an exciting enhancement for Jacksonville Beach, with an ownership group that will be updating facilities and making future developments,” Nilsson said.

Windward previously redeveloped the 23-acre St. Augustine Marine Center and built the St. Augustine Shipyard. It also is developing Windward Town by adding residential units to a marina it owns along the San Sebastian River.

Beach Marine’s zoning allows for 40 townhomes, 64-bed hotel, 318 wet slips, 380 dry slips, office, restaurant and retail. It comprises five buildings, including warehouses, offices and a bar, that were constructed in 1955, 1986, 1997 and 2001, according to the Duval County Property Appraiser.

The property is located across the Intracoastal Waterway from a planned $30 million mixed-use development by another St. Augustine builder, Cadenza Partners. That project will consist of a five-story multifamily building, new restaurant space for Marker 32 and a mixed-use building with first floor retail and second floor residences when it opens in 2024 or 2025.