New leadership, vision for the Shipyards 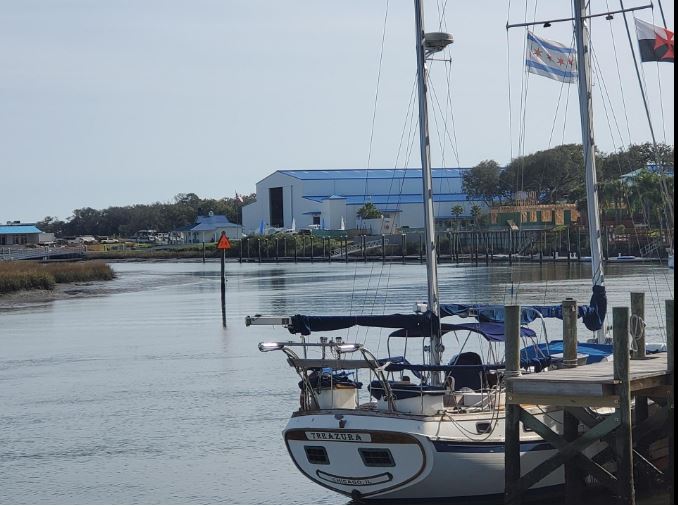 A South Florida investment group has purchased the St. Augustine Shipyards, and with the change in ownership comes newly refined plans for its future development.

The majority of the 50-acre property was sold to the Robert Finvarb Co., a privately held company, for $27 million on Nov. 8, according to St. Johns County property sales records.

As part of the deal, Windward Marina Group will now oversee the shipyards, a mixed-use complex providing dry boat storage for 350 vessels, docks, and retail space.

Among the waterfront operations the company owns and manages is the St. Augustine Marine Center and the U.S. Customs and Border Protection training center, both on Riberia Street.

Stephen Mask, director of operations, said Windward’s proximity just across the river from the shipyards would allow both locales to establish more of a connection in their use by locals and tourists.

“As we [the shipyards] continue to grow, we (Windward) will guide that growth,” said Mask.

But Mask makes it clear Stefan Johannson, founder, and CEO of Windward Marina Group is the visionary behind the project.

Plans for the development of the shipyards go back several years. The site is the former Luhrs and DESCO boat manufacturing center, which produced mostly shrimp trawlers until 2008.

The property was acquired for $1.95 million in 2013, and the boat storage building was opened in 2016. The small office of a children’s museum in the works has opened in the complex, along with a handful of small retail outlets and a coffee shop.

But progress has been slow. The announced restaurants, hotels and public promenade have not moved beyond the planning stages, save for the new Culinary Outfitters restaurant slated to open in January.

According to Mask, development for the shipyard will include many of the same elements outlined by previous owners but “the density is not going to be as intense.”

“He (Johannson) wants it to be walkable and to be appealing, not just some slapstick construction, and with a real sense of place,” Mask said.

The first project Windward is considering is the construction of a second dry boat storage barn since the current facility has reached capacity.

Mask said at the same time plans are in the works to build up the Riberia waterfront district where Windward’s headquarters are located.

Those plans include a rustic-style open-air pavilion which could serve a rotating lineup of food trucks. The site for the outdoorlike food court would likely be the Dr. Robert B. Hayling Freedom Park south of the Eddie Vickers Park on the bluff overlooking the inlet.

“You can pull up your boat and come have something to eat or drink,” said Mask.

He envisions this area, extending further north to the Ice Plant and the St. Augustine Fish Camp under construction, as an alternative to the crowded historic district.

Mask said there is also talk among the new owners of building some kind of water taxi/shuttle system to connect the Riberia waterfront with the San Sebastian Winery and then the Shipyards in a kind of triangle to ferry guests and make the area an entertainment destination.

The property on which Culinary Outfitters is located has not been purchased in the shipyard deal.

The Tag! Children’s Museum also retains ownership of four undeveloped acres adjacent to the shipyards where they plan to build a larger complex.

Mask said more detailed plans for the shipyard would be released within the first quarter of 2020.

Original article by By Colleen Jones